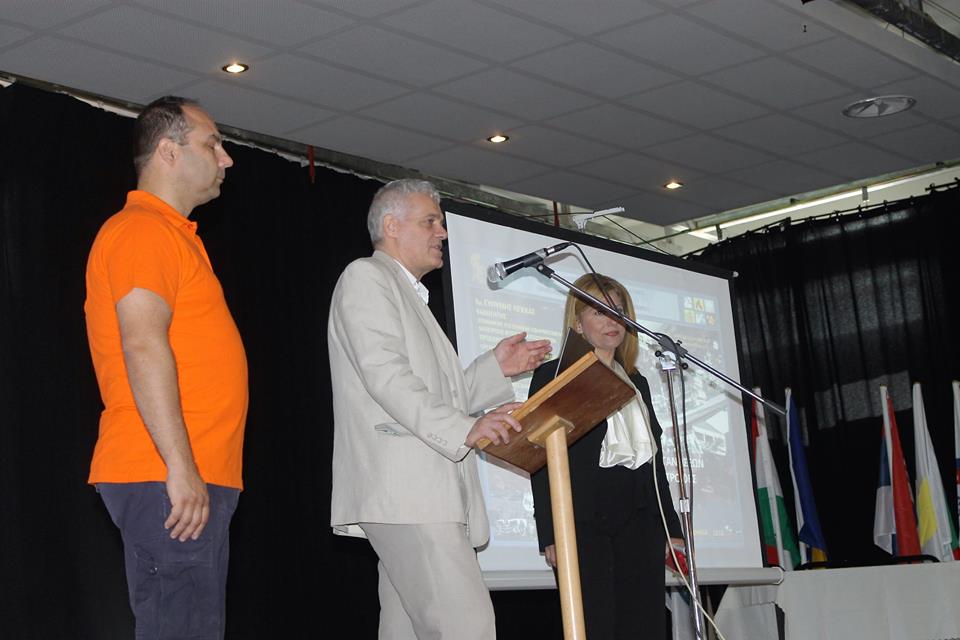 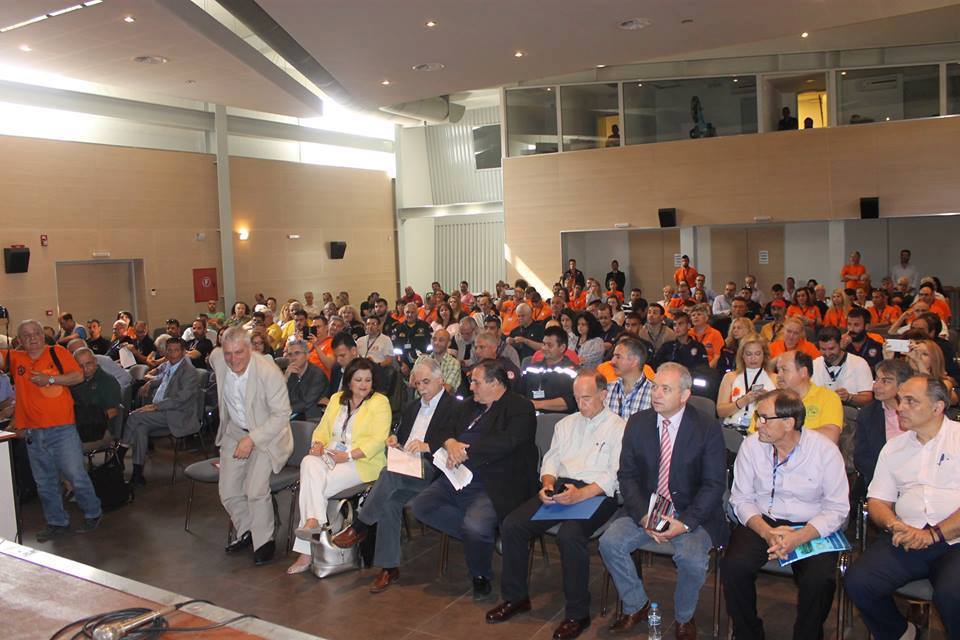 The "ENCELADUS 2016" 2nd International Training Conference was co-organized by the Region of Attica in cooperation with the Elite Special Task Force Egaleo. Mr Ioannis Balafas, Deputy Minister of Interior and Administrative Reconstruction, delivered a welcome address to all attendants at the opening ceremony of the Conference.

Every time an earthquake occurs, the State refines and improves the Antiseismic Regulation. This contributes to the ensuring of the antiseismic sufficiency of constructions which will make us feel safer. At the same time, however, the State has a moral duty to take care, protect and inform the public about seismic-protection measures by disseminating critical information and useful instructions to all citizens who may need to take emergency protective actions in case of an earthquake.

The Conference organized by the Independent Directorate of Civil Protection of the Region of Attica, was held on 2-5 June 2016 at "Elliniko Molyvi - G. Vranas" Cultural Center in Municipality of Egaleo, Athens, Greece.

The conference was opened with a welcoming address by the Regional Councelor for Civil Protection of Attica, Ms. Ioanna Tsoupra, and the President of Elite Special Task Force Egaleo, Mr. Roumeliotis Georgios.

It was followed by addresses by the Minister of Interior and Administrative Reconstruction, Mr. Panagiotis Kouroumplis, the Alternate Minister of Environment and Energy, Mr. Ioannis Tsironis, the General Secretary of Administrative Reform, Mr. Dimitris Tsoukalas, the Member of Parliament for Athens B, SYRIZA, Ms. Chara Kafantari, the Vice Governor of West Section of Attica, Mr. Tzokas Spyridon, the Vice Mayor for Civil Protection of Municipality of Egaleo, Mr. Nikitakis Nikolaos, the President of the Hellenic National Centre for Emergency Care (ΕΚΑΒ), Mr. Konstantinos Karakatsianopoulos, the Director for Emergency Planning and Response of the General Secretariat for Civil Protection, Mr. Theodorou Fivos, the Founder of Elite Special Task Force, Mr. Benakis Miltiadis, the President of Elite Special Task Force Greece, Mr. Moysidis Grigorios and representatives of the Region of Attica and the Municipality of Egaleo.

Immediately after the completion of the conference speeches, a rescue demonstration of casualty extrication from earthquake disaster was performed by Greek and foreign members of volunteer rescue teams at the town hall building of Municipality of Egaleo.

The last day of the conference, a large scale exercise was conducted at the former building of the National Intelligence Service (EYP) at the Municipality of Acharnes. The exercise focused on earthquake disaster response and was attended by a large number of participants.

At the end of the conference, the Regional Councelor for Civil Protection of Attica, Ms Ioanna Tsoupra, extended heartfelt thanks to all speakers, volunteer teams and participants and indicated the need to strengthen relations and improve training in Civil Protection delegates and volunteers as well through similar efforts. She also expressed the willingness of the Region of Attica to contribute to similar actions.

Finally, the joint field exercise that focused on difficult, real life incidents of casualty extrication from earthquake disaster was successfully completed with active participation of Greek and overseas rescue teams. The purpose of the whole exercise was to enhance training and coordination between team members.