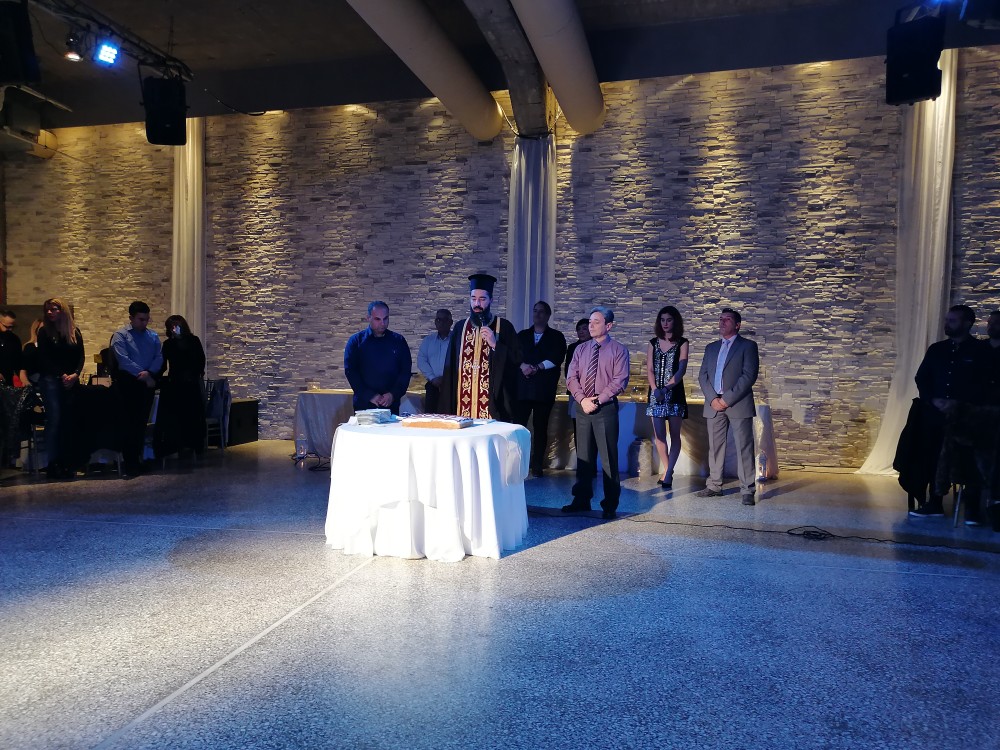 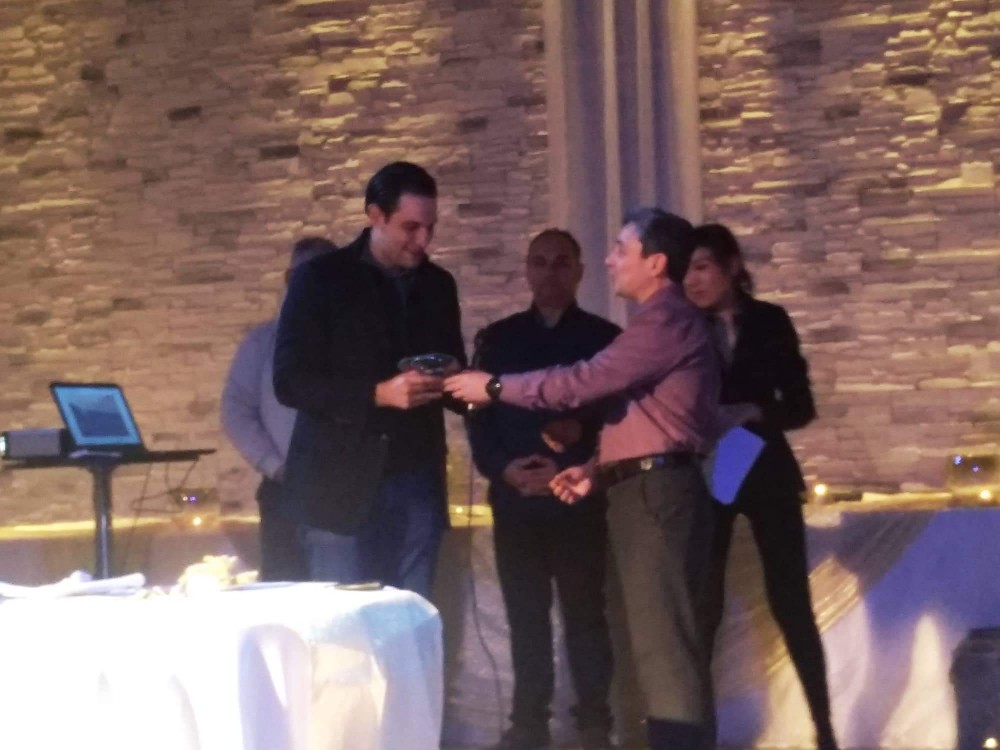 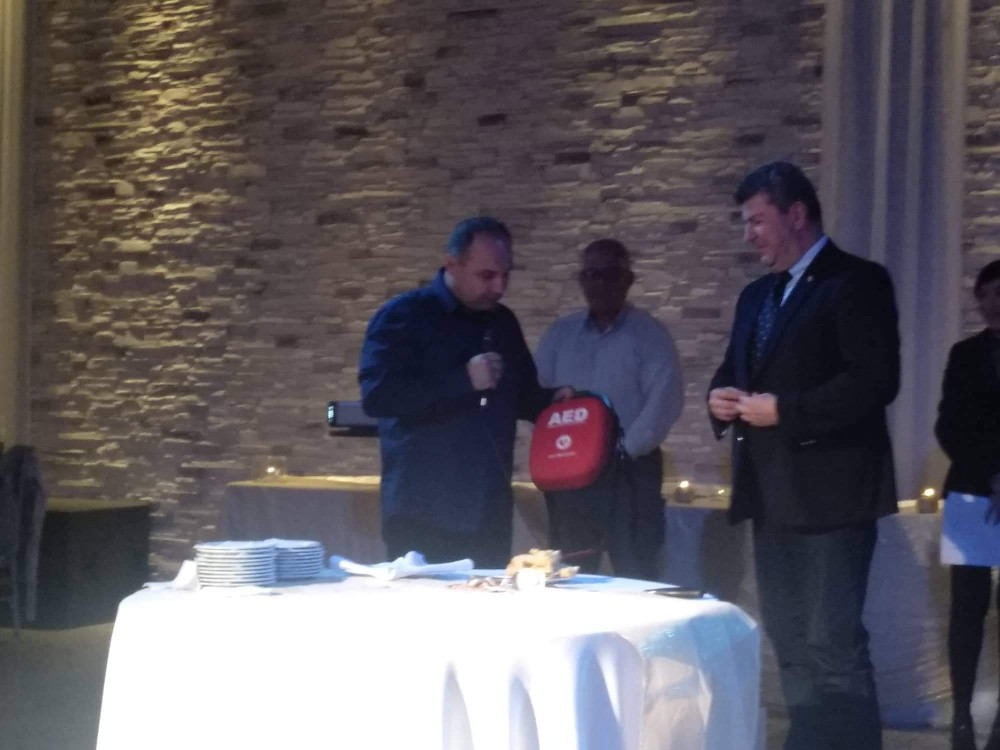 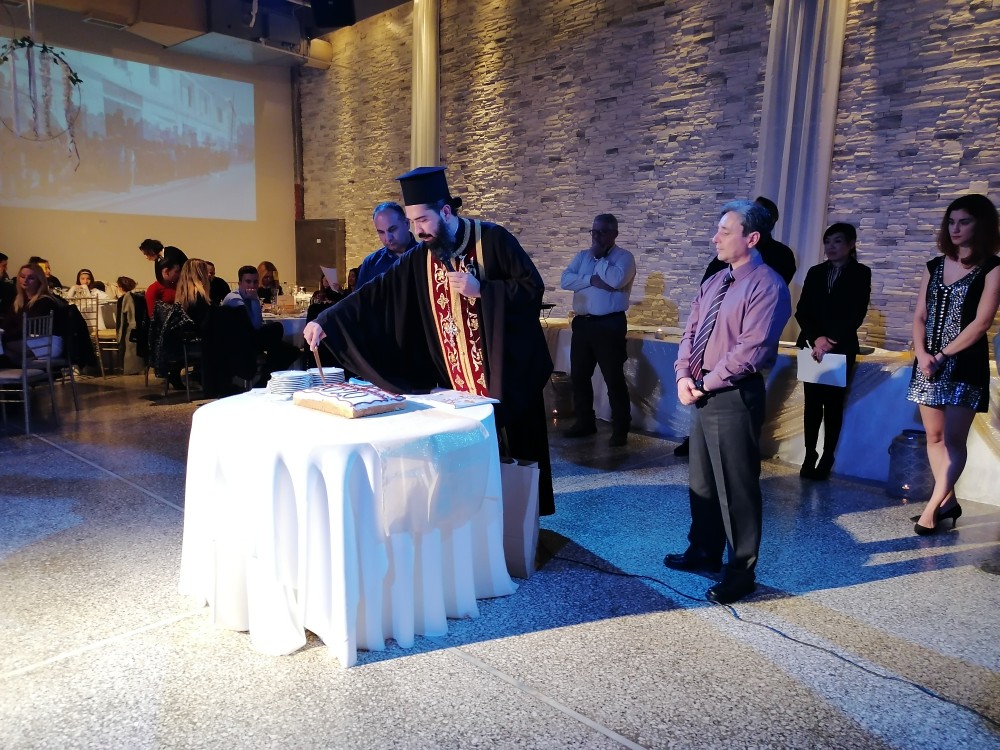 The annual celebration for the New Year's Vasilopita tradition was conducted with great success by EPOMEA Aigaleo and EPOMEA Athens at Athens Loft Chaidari event hall.
The event was honored with the presence of:

The Member of the Parliament of Ioannina Mr Amyras Georgios

The Secretary General of the Ministry of Interior and Organization Mr. Stavrianoudakis Michael

Vice President of the Regional Unit of the Central Division of Athens Mr. Dimopoulos George

The Head of the Athens  Mr. Chachlakis Anastasios

The Mayor of Aigaleo and the leader of the municipal political group "Alliance for Aigaleo" Mr. Gikas Ioannis

The representative of the Mayor of Athens Mr. Bakoyannis, Deputy Mayor of Urban Infrastructure and City Planning of the Municipality of Athens and Vice President of PEDA Mr. Axiotis Vassilios Fivos

The Deputy Mayor for Social Protection and Regulation of Business Activities in the Municipality of Egaleo Mr. Mandros Elias

The Executive Councilor of the Municipality of Korydallos for Health and Prevention and trainer of EPOMEA Mr. Zisis Nikolaos

The meteorologist and trainer of EPOMEA Mr. Arniakos Anastasios

The CEO of F&K Consultans and a partner of EPOMEA Ms. Korma Iliana

The President of EPOMEA Aigaleo and Vice President of EPOMEA Greece Mr. Roumeliotis Georgios welcomed the participants to the event, thanking them for the support they have provided for so many years. Special mention was made to the members of the team, both present and absent, for the valuable assistance they offer voluntarily

The President of EPOMEA Athens Mr. Harmantzis Nikolaos took the floor and welcomed the guests. He expressed the hope for the consolidation and longevity of the two groups, while the President of EPOMEA Greece thanked the two presidents and wished happy New Year for all the teams.
Priest Haloulos Petros blessed the Vasilopita and wished the activities of the two teams to be crowned with success in the following year. Honorary plaques were given to Mayor Ioannis Gikas and to the representative of the Mayor of Athens Mr. Axiotis Foivos. The debuty Mayor Mandros Elias and Nikitakis Nikolaos, City Councilor, also gave a brief speech. The head of the faction and city councilor, Sklavounos Lambros, councilor Dimomeletis Ioannis, former mayor of Aigaleo Kalogeropoulos Dimitrios and Executive Councilor Barbagianni Eugenia were also welcomed to give a brief speech.

For his contribution to EPOMEA's activities, the Mayor of Aigaleo Mr Gikas symbolically received a jacket of the official costume of EPOMEA. The Mayor thanked the Board of Directors and the members, for the honor and in recognition of EPOMEA's activities, the team received an automatic external defibrillator. The evening ended with the award of the Volunteers' diplomas, followed by a feast with food, music and dance.