Major Accident Exercise at the Salamis Naval Base 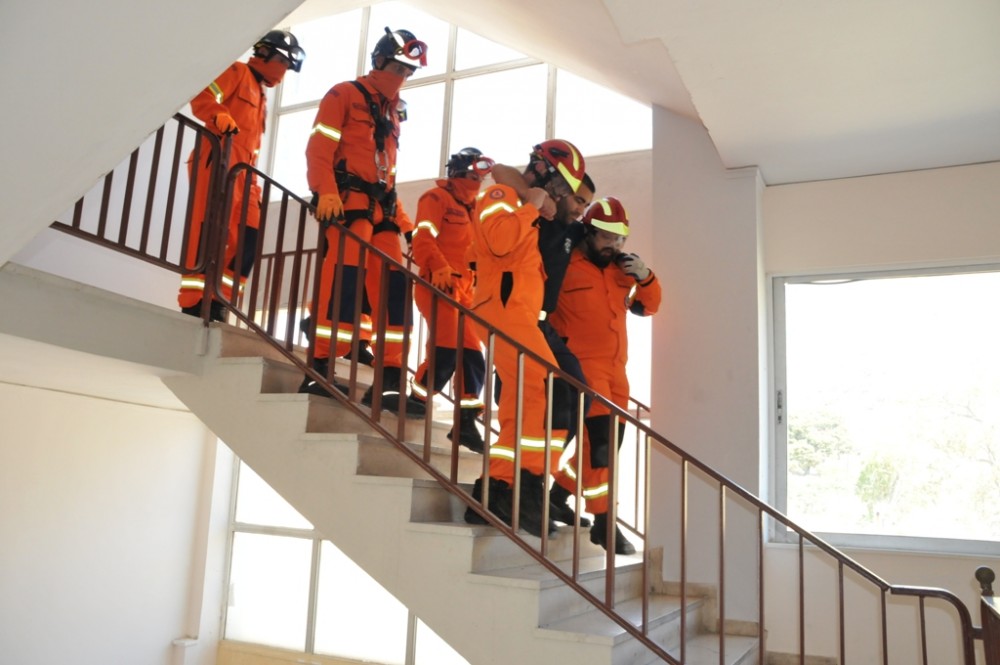 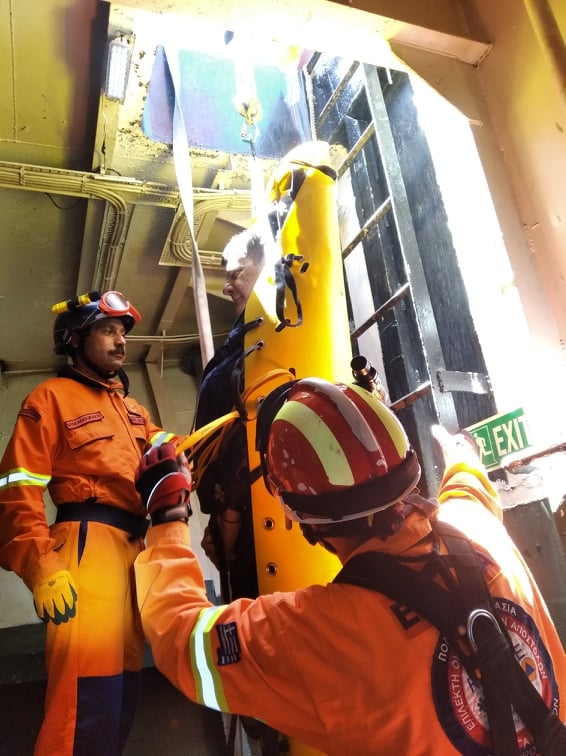 On Wednesday, June 10, 2020, EPOMEA Greece successfully participated with the teams of Egaleo and Athens in the Major Accident Exercise (A.M.A.) that took place at the Salamis Naval Base (SN) under the direction of the SN Coordination Center, in the presence of the Commander of the Naval Administrative Care Command, Rear Admiral N. Bableni  and the Commander of SN, Chief Captain P. Dimitroglou SN.

According to the Navy's Public Relations Department, the exercise involved personnel from the Hellenic Navy, the Special Interdisciplinary Battalion, the Hellenic Air Force's Mobile Disaster Management Team (206 PAY/KOMAK), the Elite Team Special Missions Greece (EPOMEA) with Egaleo and Athens teams, the Hellenic Police (EL.AS), the National Emergency Assistance Center (EKAB) as well as representatives of the General Secretariat of Civil Protection (GGPP). The Exercise was held solely with the aim to evaluate the completeness of the deployment design, the degree of readiness and the ability to direct and coordinate all involved bodies in dealing with special emergencies.

EPOMEA, with a force of 20 volunteers, the rescue boat "Poseidon" and the Mobile Medical Unit, granted by LIONS, operated in five different search and rescue scenarios. Specifically:

A trapped individual at the top of a two-storey building was rescued by professionals of KOMAK and EPOMEA volunteers from the Urban Technical Rescue Department, using ropes and rescue tripods.
KOMAK in collaboration with rescuers of EPOMEA cooperated for the rescue operation of a panicked victim at the verge of jumping out of the building. With the intervention of EPOMEA's psychologist, the rescuers managed to proceed with his immediate and safe release.
This was followed by the extraction of four people from a burning ship, where the flames had trapped them. EPOMEA assisted KOMAK for the recovery of the individuals, with the use of a rescue tripod.
Meanwhile, the Coordination Center informed the rescuers of two men that jumped out of the burning boat. A Navy boat and EPOMEA's boat "Poseidon" rushed to their rescue. Divers of KOMAK and EPOMEA searched underwater, where two victims were found.
Another trapped individual was found in a Navy building after the search of a rescue dog from KOMAK.
Before the beggining of the exercise, KOMAK set up a pre-hospital care center near the area, manned with volunteers, nurses and doctors of EPOMEA.

We would like to thank the companies TECHNO SAFETY, EVAL, INTERMARE DIVERS and CDC Caving Diving Canyoning. Thanks to their support and help, EPOMEA is always ready to help the state's agencies in virtual and real emergency situations. We would also like to thank AGIOS NIKOLAOS - SALAMINA COMMUNITY SOCIETY and SALAMINOS SOCIAL ACTIVITY for their cooperation and support.

We owe the biggest THANK YOU to the Hellenic Navy and the Hellenic Air Force and the department of KOMAK for the trust they have shown us and the opportunity to assist government agencies in such an important and great exercise.